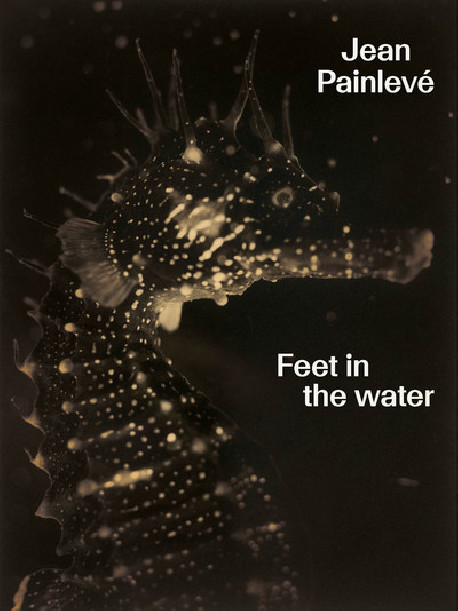 Jean Painlevé - Feet in the Water

A filmmaker with an international reputation for his filmic experiments, Jean Painlevé (1902-1989) was a specialist in scientific documentary and film techniques.

Associated with the avant-garde, Painlevé uses film as an exploratory tool to reveal unknown and mysterious aspects of living organisms. He accompanies the viewer with a descriptive and informative description of the subjects under study, while in most of his films the images continually alternate between full-scale observations and microscopic analyses.

ainlevé was quickly recognised and his publications in the illustrated press of the 1930s contributed to his fame. His non-conformist attitude and his affinity with the surrealist spirit are undoubtedly at the origin of the privileged link he has with independent documentary cinema. The ease with which he crossed the boundaries between science and art was rooted in his artistic associations: Jacques-André Boiffard, Alexander Calder, Ivan Goll, Fernand Léger, Éli Lotar, Pierre Naville, Pierre Prévert, Jean Vigo…

Four major aspects underline the specificity of this work: the coastline as a favourite terrain; the scientific and pedagogical approach; the relationship with the surrealist movement; and finally, the dynamics of film editing and the role of movement, rhythm and dance as characteristics and motifs.
This exhibition places Painlevé’s work in the historical and scientific context of its creation, highlighting the importance of research in his work. Still inspiring many artists today, it finds its contemporary resonance in the way the films immerse the viewer in an undefined mental space which, between familiar experiences and dreamlike drift, is still able to destabilise our sense of reality today.