| Exhibition catalogue | Camille Pissarro, the first of the impressionists 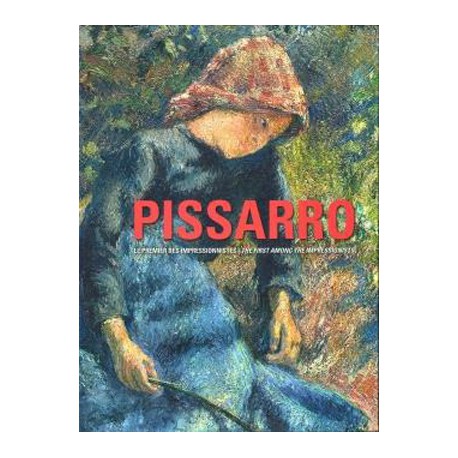 Camille Pissarro, the first of the impressionists

The monographic exhibition of the Franco-Danish painter Camille Pissarro, one of the founders of Impressionism, is on display at the Musée Marmottan Monet, Paris (from 23 February to 2 July 2017).

Around seventy-five of his works, initially displayed in major museums around the world, are brought together for this occasion. The public is invited to discover some of the most famous paintings of the 19th century, such as ‘Apple-picking’ and ‘The House of the Deaf Woman and the Belfry at Eragny’.

Camille Pissarro was a precursor of the impressionist movement and a dear friend of Claude Monet. A multilingual, politically active intellectual, we have him to thanks for allowing the work of Cézanne, Gauguin and Seurat to be properly appreciated. He helped train them and get them shown. Without Pissarro, impressionism would not be the artistic movement we know today.

The exhibition manages to bring together many pieces that have rarely or never been shown in France, with a seven-part presentation organised around each period and subject: