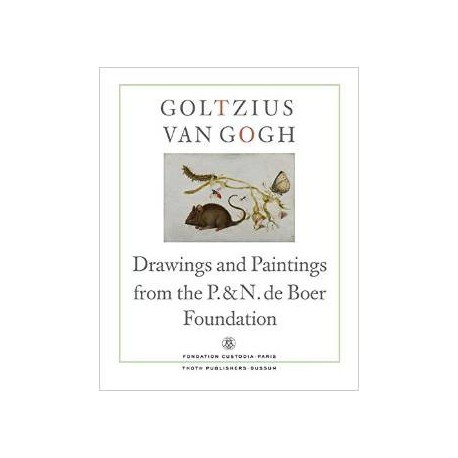 All the works on show are reproduced in colour, with comparative illustrations. The history of the P. de Boer gallery and the P. & N. de Boer Foundation is described in the introduction.

The Amsterdam art dealer Piet de Boer (1894-1974) built up a major collection of paintings and drawings during his lifetime, and in 1964 he decided to transfer it to the P. & N. de Boer Foundation.

This book contains a choice selection of works : from the drawings and paintings by Hendrick Goltzius, Jacques de Gheyn and many other sixteenth and seventeenth century masters, to a small core of works by Vincent van Gogh.

His preference was for drawings and paintings of a timeless nature. Many of the sheets he acquired are astonishingly modern and beautifully preserved. The paintings include a group of early flower still lifes, and the drawings too are striking for the flowers, insects and other creatures observed from life that betra De Boer's training as a biologist.

A group of art historians contributed the texts for this colourful book, which is intended as a homage to the feeling for quality and great conoisseurship of a collector who followed his own path. In addition to works by the artists mentioned above, there are paintings and drawings by Balthasar van der Ast, Ambroius Bosschaert, Esaias van de Velde, Hendrick Avercamp, Cornelis van Haarlem, Joachim Wtewael, Roelant Savery, Abraham Bloemaert, Albert Cuyp, Rembrandt, and others. Many of them are published here for the first time.