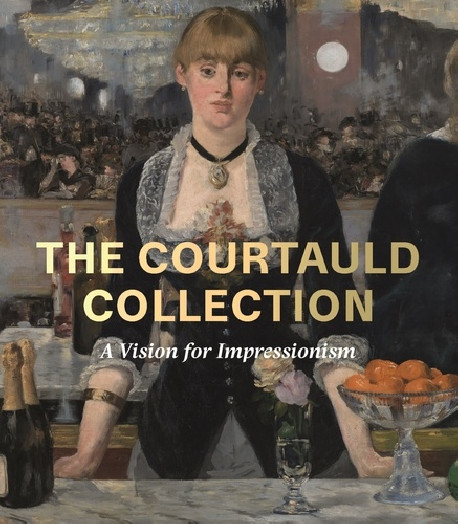 The Courtauld collection - A Vision for Impressionism

The Courtauld Collection : A Vision for Impressionism accompanies a landmark exhibition at the Fondation Louis Vuitton in Paris exploring Samuel Courtauld's role as one of the great collectors of the twentieth century.

The catalogue and exhibition showcase Courtauld's extraordinary collection, on display in Paris for the first time in over sixty years. One of the finest collections of Impressionism anywhere in the world was assembled by the English industrialist and philanthropist Samuel Courtauld (1876-1947).

During the 1920s, Courtauld acquired seminal works by all of the major Impressionists, from Renoir's early masterpiece La Loge to Manet's last great work, A Bar at the Folies-Bergère. His collection grew to include such iconic works as Gauguin's great Tahitian nude Nevermore and one of Van Gogh's most famous paintings, Self-Portrait with Bandaged Ear. Courtauld was particularly devoted to Cézanne and put together the largest collection of his work in the United Kingdom, including the epic Montagne Sainte-Victoire with Large Pine and one of the celebrated Card Players.
After a decade of collecting, Courtauld gave the majority of these remarkable works to establish The Courtauld Institute of Art and Gallery in London. This will be the first time that Samuel Courtauld's collection has been shown in Paris in over 60 years. The landmark exhibition will bring together masterpieces from The Courtauld Gallery alongside works formerly in Courtauld's collection and now dispersed internationally.

It will be a unique opportunity to enjoy some of the greatest modern French paintings of the 19th century and will shed light on Courtauld's pioneering role in shaping public taste for Impressionism in the United Kingdom. The lavishly illustrated catalogue presents new research on the personality of Samuel Courtauld as well as his taste, collecting habits and wide-ranging philanthropy. It also explores afresh his network of dealers and places him within the wider context of contemporary collectors of Impressionism throughout Europe and the United States.

The exhibition features almost a hundred works, each given its own entry and enhanced with close-up images and comparative illustrations to provide an in-depth exploration of this extraordinary collection.