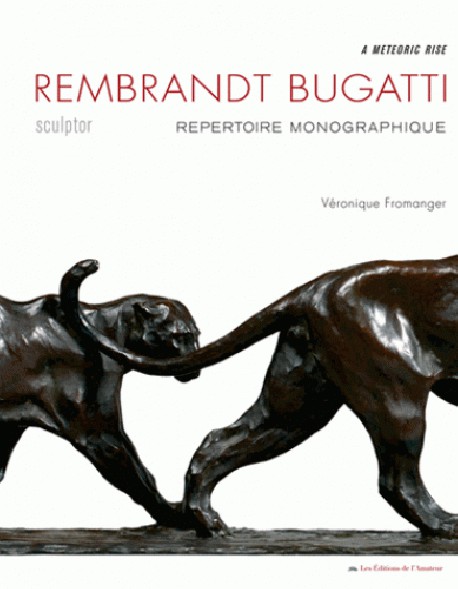 Rembrandt Bugatti was one of the most remarkable and innovative sculptors of the early 20th century. He produced more than three hundred works. This publication offers a "Répertoire monograhique" along with an analysis  of Bugatti’s brief but highly productive career.

Animal sculptor, he works at the Antwerp zoo or at the Jardin des Plantes in Paris. But his fellows did not leave him indifferent and he models muscular men or slender women in the clay. Power of the fauvism touch, modernity of cubist forms, his art announces what will be Art Deco.

Enlisted in the Franco-Belgian Red Cross, he was in Paris in 1916. Alone, destitute, overwhelmed by the carnage of war, he died on January 8, 1916.

After a critical study based on period documents, Véronique Fromanger, recognized expert of Rembrandt Bugatti, establishes in the catalogue raisonné of the works of the sculptor.