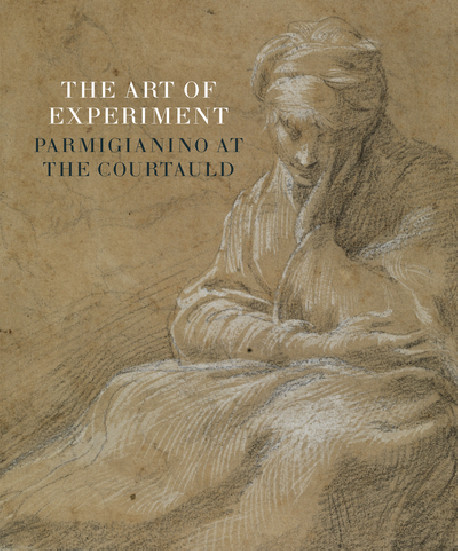 The Art of experiment - Parmigianino at The Courtauld

This catalogue accompanies a display of works by Parmigianino at The Courtauld, including his famous and enigmatic painting of the Virgin and Child, as well as drawn studies for his most ambitious projects such as the Madonna of the Long Neck and the frescoes of the church of Santa Maria della Steccata in Parma.

The latter was the last and most important commission of his life and would have been his triumphal homecoming. Instead, Parmigianino became entangled in his experimental processes and failed to complete it, leading to his brief imprisonment for breach of contract. Fundamentally a draftsman at heart, Parmigianino drew relentlessly during his relatively short life, and around a thousand of his drawings have survived.

The Courtauld's collection comprises twenty-four sheets. In preparation for the catalogue, new photography and technical examinations have been carried out on all the works revealing two new drawings that were previously unknown, hidden underneath their historic mounts. They have also helped to better identify connections between some of the drawings and the finished paintings for which they were conceived.

The catalogue illustrates the whole Courtauld collection, which also includes two paintings and more than ten prints. As a printmaker, Parmigianino is considered to have been the first to experiment with etching in Italy and was a pioneer of the chiaroscuro woodcut technique. His refined and graceful compositions were much appreciated by his contemporaries and exalted by the artist and biographer Giorgio Vasari (1511-74).

This catalogue and display have been curated by Gottardo and Rebecchini in collaboration with former and current research students at The Courtauld, and technical research has been conducted by members of The Courtauld Conservation Institute. A truly collaborative project, the catalogue sheds light on an artist who approached every technique with unprecedented freedom and produced innovative works which were studied and admired by artists and collectors for many years to come.