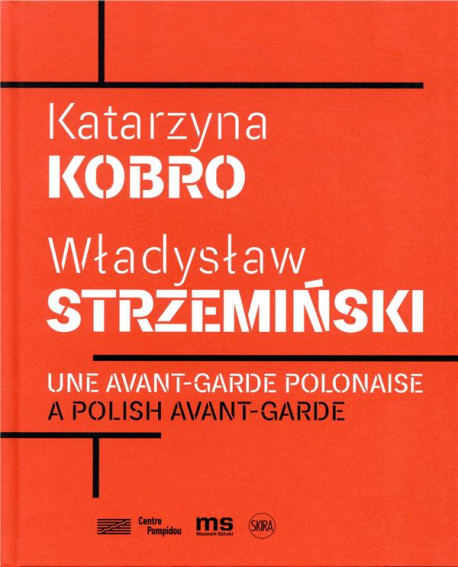 The exhibition examines the work, artistic theories and social commitments of Katarzyna Kobro and Wladyslaw Strzeminski – a modern couple, discreet revolutionaries. Important members of the ‘progressive international’ who have attracted considerable scholarly attention, they remain largely – and unjustly – unknown to the wider public.

Founders of one of the first museums of modern art in the world – the Muzeum Sztuki in Łódź, opened in 1931 – Katarzyna Kobro and Władysław Strzemiński, were major figures in Poland’s constructivist avant-garde. Radical in their artistic positions, they gave expression to their ideas not only in their works but in teaching, publication and organisation.

Partners too in private life, they worked closely together, each developing the language of modernism, in sculpture for Kobro, in painting for Strzemiński. He was known for his theory of Unism, which pushed the idea of the autonomy of painting as far as it would go, she for her theory of sculpture as a way of apprehending space. Kobro’s suspended sculptures of 1920 are exceptionally fine examples of constructivist sculpture. The radicalism of her geometrical constructions makes her one of the most important women sculptors of the first half of the 20th century, while Strzeminski’s abstract paintings – the reliefs, the Architectural Compositions and the Unist Compositions – are unique of their kind.

Both born in Russia, she of Russian parentage, he of Polish, the two of them were just embarking on their artistic careers when the October Revolution broke out. Close to Kasimir Malevich, whom they had met in Moscow, and entrusted by him with the opening of a Unovis branch in Smoleńsk, they were among the revolutionary artists of the radical left who were involved in the reform of art education and who sought to put art to the service of a socialist society. However, the increasingly restrictive tenor of cultural policy in the early 1920s saw them leave Soviet Russia for the once-again independent Poland.