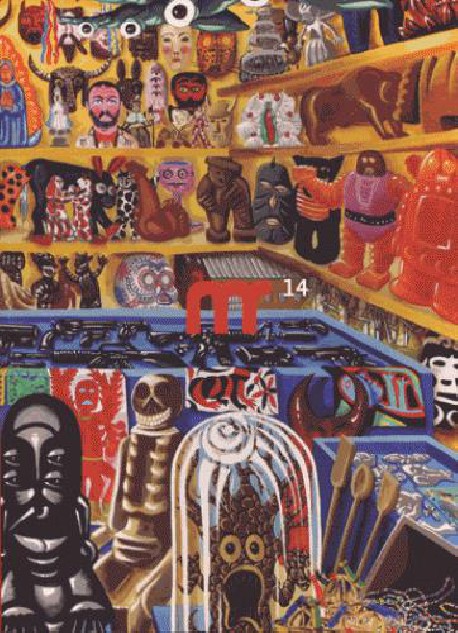 Plus jamais seul, Hervé Di Rosa and the modest arts is the latest in La maison rouge's cycle of exhibitions showing private collections.

Following on from Arnulf Rainer in 2005 and Jean-Jacques Lebel in 2010, this is the third time the foundation has invited an artist to present his own work in the light of works and objects he has collected.

A prominent figure of the art scene and a major protagonist of Free Figuration, since the 1980s Hervé Di Rosa (born 1959 in Sète) has campaigned for recognition of modest art, which he says "has ties with popular art, primitive art, art brut, but is also more than that. It takes in mass-produced objects just as much as one-offs, most with little monetary value but vast emotional worth.

Beyond the critic's view, the notion of good or bad taste, or aesthetic rigour, admirers of modest art are joined in a spontaneous, of-the-moment delight that is tinted with childhood memories and simple, non- theorised pleasures."

In 2000 he opened the Musée International des Arts Modestes (MIAM) in Sète. The museum's director since its opening, this is where, exhibition after exhibition, he reveals the multiple facets of this modest art. The exhibition at La maison rouge, which will take in developments in Hervé Di Rosa's work since the early 1980s, will emphasise the important role this art plays in his practice.