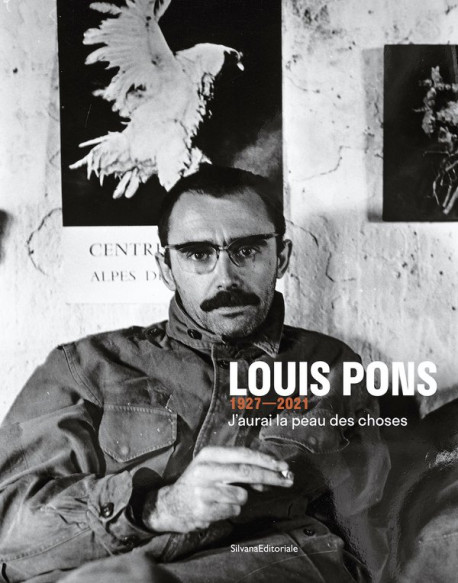 The exhibition catalogue reproduces more than one hundred works, both drawings and assemblages by Louis Pons. His entire period of activity is represented and allows us to appreciate the unity and coherence of the work of this singular artist.

Louis Pons (1927-2021) was initially an exceptional sketch artist, recognisable by the line that he intertwined and superimposed until it created the emergence of enigmatic beings whose nature – human, animal or plant – remains ambiguous.

From 1959, Louis Pons transposed his universe into assemblages that were exhibited at the galerie Chave in 1962, then at Le Point Cardinal and the galerie Claude Bernard in 1984. From these bits of nothing, these discarded objects that, dispossessed of their function, are nothing more than the carcass of themselves, he tirelessly created objects that give rise to an almost magical power of attraction and repulsion in the viewer.

Louis Pons, a man of words, lines and traces, takes us into a sometimes nightmarish world on the borders of a fantasy universe, when it is not kept at bay by a humour that dissipates its monstrousness.

A retrospective here and now
Adrien Bossard and Claude Miglietti

The ball, the box and the heap
Frédéric Valabrègue

Farewell to the mummies
Rebecca Zoubrinetzky

Autopsy of a mummy
Philippe Charlier

A Chronology of Truancy
Frédéric Valabrègue

The Imprecise is Mixed with the Precise
Louis Pons, Kristell Loquet

Joë Bousquet, Gérald Neveu :
They Were the Two Great Encounters of My Life.
Interview with Louis Pons
Alain Paire

Now, Being Lost in the World
Pierre Tilman

The Man with the Walking Stick
Christer Strömholm