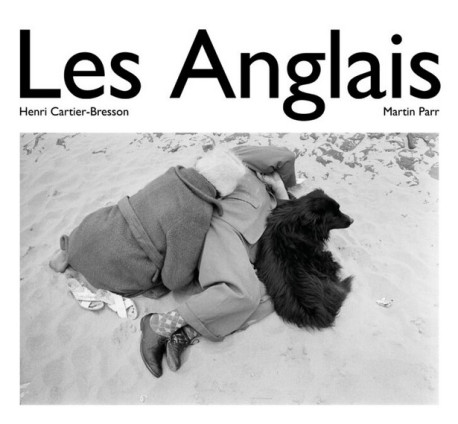 The catalog of the exhibition on the work of Henri Cartier-Bresson (1908-2004) and Martin Parr (born in 1952). This exhibition reconciles the two photographers, separated by a “gulf” as Martin Parr describes it himself, through their gaze, at three different times, on the society of Northern England at work and during his leisure time.

In 1962, Henri-Cartier Bresson accepted a commission from British television ITV/ABC to make a documentary on the north of England. Broadcast only once and unearthed by the Cinémathèque Française last year, it was made from still photographs. We discover previously unknown photographs, that make an amusing portrait of English people at work and at leisure.

In 1989, Martin Parr, a photographer already recognized for his controversial color photographs of the British “middle class”, applied for membership in the Magnum Photos cooperative agency. At the time, Henri Cartier-Bresson, co-founder of the agency, strongly opposed it. A meeting between the two photographers finally allowed a personal “reconciliation” as well as the coexistence within the agency of their diametrically opposed conceptions of photography. Martin Parr finally joined the agency in 1994 and even served as President (2013-2017).

The interest of this book is to qualify these divergences of point of view which, according to Henri Cartier-Bresson, belong to “two different solar systems”. The previously unknown photographs by Henri Cartier-Bresson to be discovered there resonate in a disturbing way with those made by Martin Parr, more than 20 years apart in the same region of northern England.

The book is designed with two sides:
Front side: fifty black and white photographs by Henri Cartier-Bresson, commissioned for the documentary Stop laughing–This is England, are presented for the first time in this book.
Flip side: fifty color photographs by Martin Parr, mainly from the Black Country Stories commission (2009/2010), as an echo to his earlier work there.

At the center of the book, facing one another, are the fax from Henri Cartier-Bresson who acknowledges having made a judgment and the response from Martin Parr.

François Hébel, Director of the Fondation Henri Cartier-Bresson, in a previously unpublished text, returns to this “reconciliation” allowed by the image, and to these three eras seen through two sharp points of view, always with humor, on the evolution of English mores.