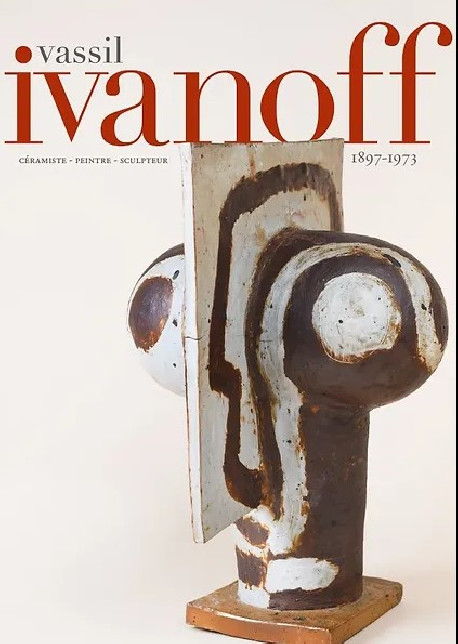 Vassil Ivanoff lies at the origins of the revival of modern ceramics, and especially of stoneware, which reached its peak in the 1970s.

Born in Bulgaria in 1897, Vassil Ivanoff studied plastic arts and theatrical design before settling in France in 1922, where until 1945 he worked variously as a house painter, artist, decorative artist, fabric painter and art photographer.

Only late in life, at the age of fifty, did he resolve to become a potter, moving to La Borne in 1946 to work in stoneware and with clay. The remarkable quality of his oxblood glazes added to his growing reputation and secured him a place within the great tradition of ceramists in this historic centre of the pottery trade.

A solitary artist who was at once sensitive and abrasive, he rarely showed his work, but was a figure of major importance in the twentieth century and is considered as the first Expressionist artist to work in ceramics. His sculptures, assemblages of thrown and cut pieces, defy classification and through their monumental character bear witness to the evolution towards plastic ceramics.

This book is published to mark the fiftieth anniversary of the Galerie Anne-Sophie Duval, which is celebrating Vassil Ivanoff's oeuvre with a major exhibition of his work, including an exceptional collection of ceramics (vases, sculptures, dishes and plaques) and a number of paintings on fabric.