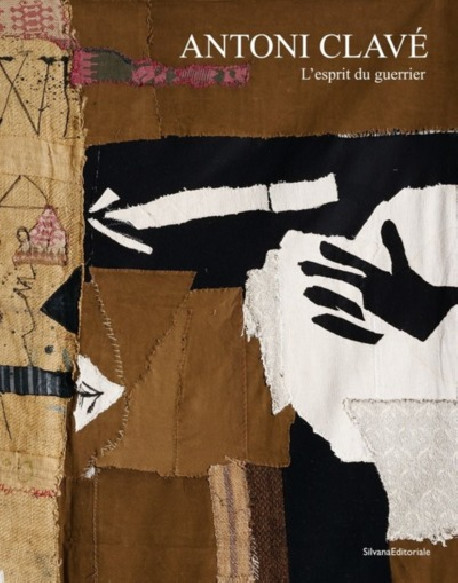 Antoni Clavé - Spirit of the warrior

Antoni Clavé (Barcelona, Spain, 1913 – Saint-Tropez, France, 2005) is an artist whose work provides one of the most successful and original examples of how to bridge the divide between figuration and abstraction.

The exhibition curated by Aude Hendgen, art historian and head of the Antoni Clavé Archives and Sitor Senghor, an independent curator - consists of about fifty works; paintings and sculptures, including large formats, that explore the theme of the Warrior, one of the artist’s most important recurring subjects. In its understanding of the clear influence of the imagery of statuary and African masks, the exhibition will then be hosted from 23 March to 27 May 2023 at the Donwahi Foundation in Abidjan.

The warrior is, for Clavé, an essential and recurring theme. It appears early on in in his art and by 1958 holds a dominant place in his paintings, going on to acquire substance and volume, populating his sculptures. The warrior follows the successful series of Kings that dominated the artist’s imagination in the 1950s, thus continuing the choice of ancient figures, the last heirs of a lost civilization that are transformed into the powerful archetypes of his Spanish heritage.

The paintings date from 1958 to the 1990s, including some of the major works that were already exhibited in the Venice Biennale in 1984. The sculptures, which also include the famous "armoires", reveal Clavé's love for materials that are as heterogeneous as possible - including wood, metal, cardboard and objects recovered from the junkyard.

The theme is surely connected to the artist’s own life. Born in Barcelona in 1913, Antoni Clavé was first confronted by war as early as 1937 and subsequently by the defeat of the Republican army and his own exile and incarceration. The theme of the warrior is present in his art early on, beginning with the drawings he made in the camps; By 1957, his reputation is such that for his exhibition at the Beyeler gallery in Basel, it was Jean Cassou, chief curator of the Musée National d’Art Moderne of Paris at the time, who signed the catalogue. But it was the exhibition organized by the Galerie Creuzevault in Paris in 1958 that marked a turning point in Clavé’s artistic career and public recognition. His subject matter was clear: Kings and Warriors, transformed, transmuted even, as Pierre Daix once described them, by the technique of assemblage.

The exhibition is an unprecedented voyage of the modern Catalan to a land rich in century-old traditions of proud warriors, reminiscent of the African Middle-Ages (1190- 1255). An extraordinary journey to the source of inspiration, similar to Jean-Michel Basquiat’s mystical return to Korhogo in 1986. Bringing the art of Antoni Clavé to the Ivory Coast with this unique exhibition will allow for a new appreciation of his work, renewing a dialogue begun in the 1960’s by the artist himself.