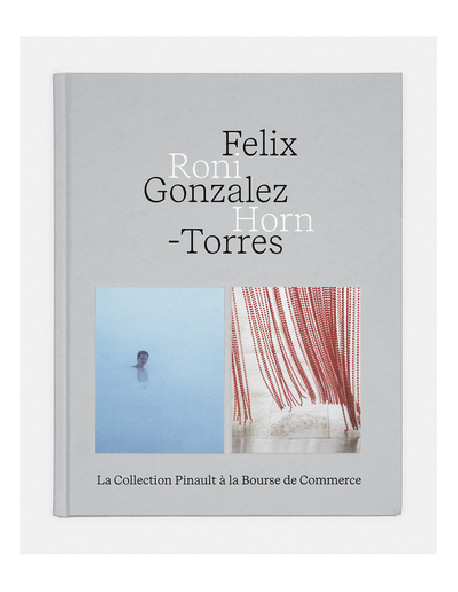 This unprecedented exhibition stems from the power, radicalness and the artistic affinities of two major figures of our contemporary age, Roni Horn and Felix Gonzalez-Torres.

In 1990 at the Los Angeles MOCA, Gonzalez-Torres encountered an artwork by Horn entitled Gold Field (1982), a simple sheet of gold foil placed on the ground, that with the slightest puff of air would quiver at its corners.

For the artist, the encounter with this work was a deeply moving experience, one that motivated him to write directly to Horn. A fertile creative dialogue thus began between them, with one artwork responding to the other.

The exhibition relates the artistic conversation begun in 1991 between Roni Horn and Felix Gonzalez-Torres, which continued until the latter’s passing in 1996 and that lives on today, notably through this presentation.

Developed around four iconic artworks from the Pinault Collection, ”Untitled” (For Stockholm) (1992) and “Untitled” (Blood) (1992) by Felix Gonzalez-Torres and Well and Truly (2009–2010) and a.k.a. (2008–2009) by Roni Horn – this exhibition emphasises the notions of doubling up, duality, complexities within repetition, and identity at work in the artists’ respective artistic practices.