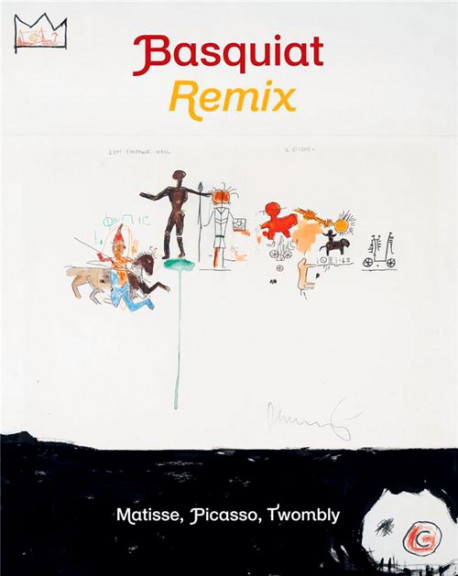 The exhibition returns to the sources of the raw energy in Jean-Michel Basquiat’s painting, questioning the uniqueness of his art, as visceral as it is self-aware, that quickly surpasses its own specificities, and the dazzling talent of a young prodigy to symbolize, in themselves, new ways of approaching the art of the 80s.

In the work of Jean-Michel Basquiat, sources intermingle with exceptional intuition and knowledge. This is not simply a young man of his times who, like a DJ, selects the most interesting forms from the repertory and moves them around in new creative spaces according to his whims. He is an enlightened artist who, at a time when modernity is almost inexorably extinguished, questions its forms and its promises in one ultimate gesture, as sensitive as it is affected, from the viewpoint of a young black American who could be its final messenger.

He borrows part of his formal vocabulary primarily from Picasso, Matisse then Twombly, especially in their more primitive facets. The will to return to a raw, elemental feeling led him to consider Matisse and Picasso for the celebration of original, exotic, regenerative forms. From them he drew a fondness for primary colours, the fragmentation of subjects, disturbing faces, the dissonance of colours and shapes and modest, artisanal compositions or objects. Moreover, like Matisse, Picasso and Twombly, he takes his distance from cold virtuosity, preferring naivety and gaucheness, to restore the pure energy of art that leads to the sublime, offering artworks that are as sensitive as they are militant.