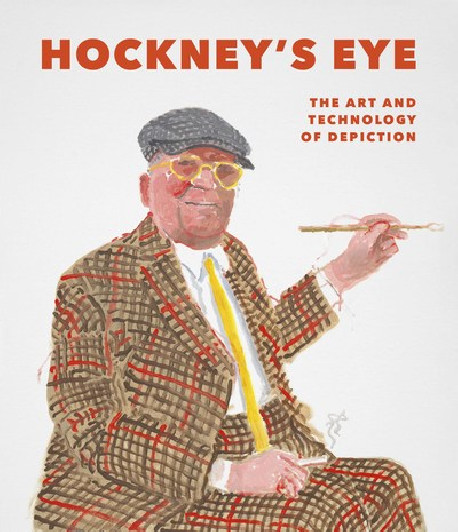 Hockney's Eye - The Art and Technology of Depiction

David Hockney is the best known and most widely admired painter in the world. This vibrant catalogue accompanies a major exhibition at the The Fitzwilliam Museum and the Heong Gallery in Cambridge, as well as the Teylers Museum in Haarlem, Netherlands.

Throughout his long career, David Hockney has insistently explored diverse ways of depicting the visible world. He has scrutinised the methods of the old masters, and explored radical departures from their cherished assumptions The exhibition and accompanying book are the first to focus on this central theme in his art.

"Western art" from the Renaissance until at least the late 19th century has been dominated by the depiction of nature. Was this to be accomplished by direct looking (called "eyeballing" by Hockney) or with the assistance of optical theory and devices, such as cameras ? Hockney has experimented with the full range of existing strategies, overtly using perspective in some of his classic pictures and rigorously investigating optical aids for the imitation of nature, including the camera obscura and camera lucida.
Yet he has come to reject the photograph as the definitive image of what we see. Along the way, he has identified a "camera culture'' in European painting from 1400, arguing very controversially that the supreme naturalism of painters like Jan van Eyck are the product of optical devices. His book, Secret Knowledge (2001), with its majestic panorama of paintings over the course of five centuries, claims that art historians have missed the central aspect of painters' practice.

The "Hockney thesis" has been received more favourably outside the professional world of art history than in it. His own artistic practice has been in vigorous dialogue with his radical thesis, and he has progressively demonstrated new and dynamic ways of characterising the visual world without perspective and other conventional techniques. This quest results a series of joyous challenges to our ways of seeing in the major exhibition in Cambridge at the Fitzwilliam Museum and in the Heong Gallery (Downing College).

It will look at the whole span of Hockney's varied career and at the nature of the optical devices he has tested. His vision will be explored in the setting of traditional masterpieces of naturalistic observation, and in the context of modern sciences and technologies of seeing. The first section of the book looks at his thrilling experiments in seeing and representing in broad historical and contemporary contexts.
This is followed by discussions of pre-photographic devices for capturing the appearances of things by optical means. The third section includes essays on Hockney's experiments from the perspectives of neuroscience and computer vision. In short, it reveals in a new way the working of Hockney's unique eye.