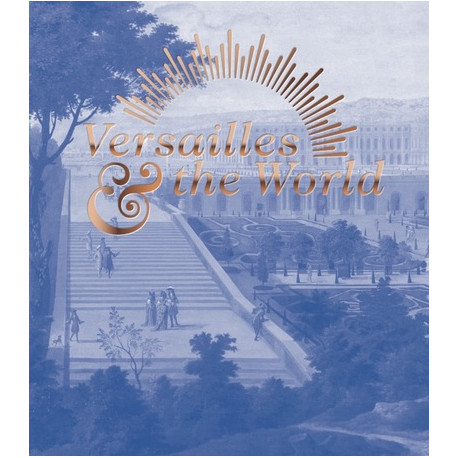 The story of Versailles as a central diplomatic instrument that solidified the prowess of the French royal court and served as the stage for its fascination with various civilisations in a rapidly globalising world.

Versailles & the World exhibition is organised by the Palace of Versailles, the Louvre Abu Dhabi, and France Muséums (26 January - 4 June 2022).

Paintings, furniture, art objects and sculptures from Versailles and other French or international collections are presented together at the Louvre Abu Dhabi. The exhibition gives the opportunity to understand how the Sun King’s palace played a key role in French diplomacy and was at the centre of political, artistic and commercial exchanges between the East and the West throughout the Ancien Régime..

As the seat of royal power, the Palace of Versailles received visitors from all over the world, who fuelled the Court’s fascination with the various other civilizations it was beginning to discover.

These encounters contributed to changing the tastes of the French Kings and the entire Court, thereby fostering the birth of new trade exchanges – furniture, lacquerware, porcelain, precious stones; exoticism was everywhere.

At the same time, acquiring scientific knowledge about the world became a political issue for Louis XIV and his successors: their initiatives in the fields of botany, zoology, astronomy, or in launching great expeditions, and so on, enabled the Kings of France to highlight their modernity and power.

The various paintings, decorative art objects, tableware, books and manuscripts presented enable to understand how the Palace of Versailles and its Court became the launchpad for relations between East and West in the 17th and 18th centuries.

A selection of masterpieces from the collections of the Palace of Versailles are presented, along with major works from other French collections (Louvre Museum, National Library of France, Museum of Decorative Arts, etc.), and items on loan from renowned international institutions, such as the British Royal Collection.