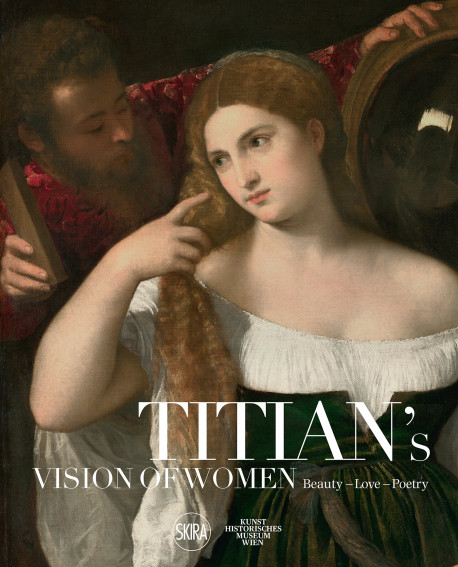 A new ideal of feminine beauty arose in 16th-century Venice, as women acquired new rights of inheritance and more social power. As a result, through the writings of poets and humanists, the construction of the desired, beloved woman began to acquire civic significance.

The crucial impetus for the visual realization of this ideal came from Venice’s greatest artist: Titian. For him, artistic beauty was identical with female beauty. He was less interested in the canon of exterior beauty than in a woman’s character, in femininity as such. Titian elevates every depiction of a woman into a celebration of womanhood.

This book illustrates the Venetian representation of women in the 16th century, using comparisons between Titian and other painters of his time, such as Sebastiano del Piombo, Lotto, Palma il Vecchio, Paris Bordone, Veronese and Tintoretto. It surveys the various aspects of Late Renaissance female idealization: from realistic portraits to increasingly poetic variations, where female representation reaches its zenith as history, myth and allegory.

This richly illustrated volume also looks at the clothes and coiffures sported by sitters in both real and ideal portraits, and discusses contemporary fashion with its predilection for sumptuous fabrics and costly jewels and pearls.

Titian (1488/90–1576), born Tiziano Vecellio, is considered one of the greatest painters of the Italian Renaissance in Venice, alongside Tintoretto and Veronese. He was born in the Republic of Venice, where he apprenticed for Giovani Bellini, and where he lived until his death.