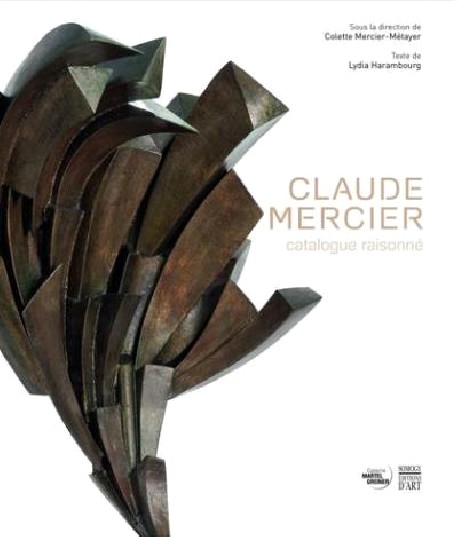 After the Second World War, Claude Mercier, as a sculptor of metal, took an active part in the life of his art. As a supporter of abstraction, he developed a vocabulary of pure changing shapes as volumes of space to play with light. The artist defines himself as a manufacturer, as well as a steelworker.

"A catalogue raisonné is the summary of an artist’s life, not merely the most exhaustive inventory of an oeuvre, but the sum of all the experimentation, emotions, ‘accidents’, and errors, as well as moments of grace, and it is the fruit of many encounters and, above all, of immense amount of work.

Claude generally speaks of two encounters that were decisive for him as a young sculptor in post-war Paris: with Henry Moore in the 1950s and with Alberto Giacometti, who encouraged him to pursue his artistic career.

But, although he admired the great sculptors who specialised in working clay and whose paths he crossed early on, he adopted a very different approach, that of ‘crafting metal’, joining an innovative but tentative movement, and pursuing a quest which, from 1949 to 2017, has enabled him to explore, both figuratively and abstractly, metal that is recuperated and welded to bronze, and every expressive form of a material that he has mastered like no other: steel, nickel silver, copper, and brass, brushed, hammered, and finished with a patina through a skilful process of alchemy." Hélène Greiner.