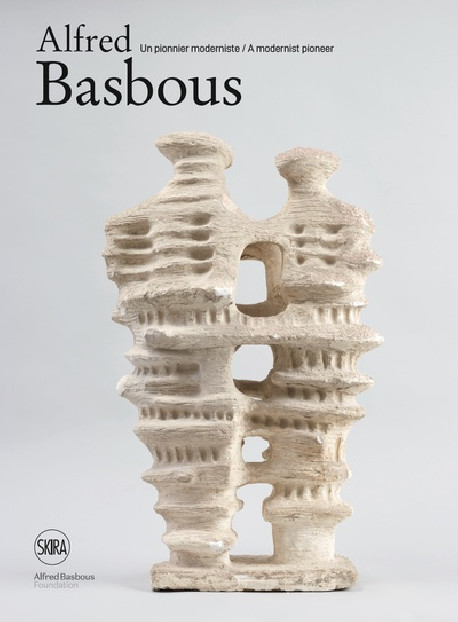 This book presents a selection of works by Alfred Basbous (1924-2006). Its publication coincides with a new presentation of the permanent collections of the Alfred Basbous Foundation in Rachana (Lebanon).

Alfred Basbous was born in Rachana, 55km from Beirut and was a key contributor towards the development of Modernism in the Middle East during the second part of the twentieth century. During this period, he sought to express form in its purest, most unadulterated conception. He developed a sculptural language, experimenting with figurative and abstracted elements of the human figure, in particular the female body, in combination with organic lines.

At the start of his artistic career, Basbous took inspiration from elements in Greek mythology and ancient Phoenician sculpture. In 1961 Basbous received a scholarship from the French government to become a pupil at L'École Nationale des Beaux-Arts in Paris. This period was to have a lasting influence on his work. Having lived and studied in France in his early years, he returned to his hometown of Rachana near Beirut.

In 1994, Basbous opened a sculpture park which was designated a UNESCO site in 1997. The open-air gallery and the rolling, dipping character of the Rachana landscape was
hugely influential to Basbous’ creative output. He held annual sculpture symposiums until 2004, whereby he invited sculptors from around the world.