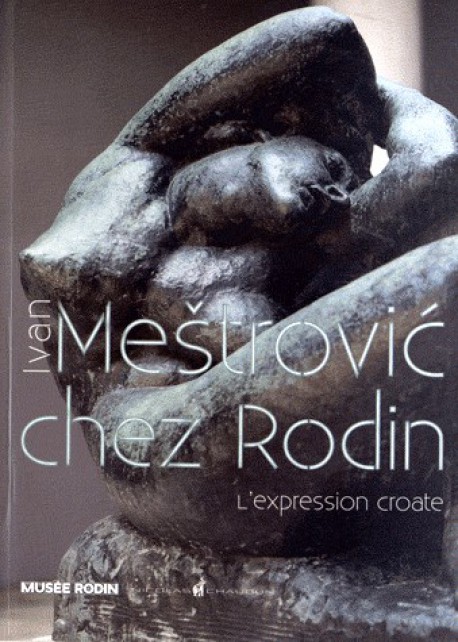 Ivan Meštrović (1883-1962), one of the most important 20th-century Croatian sculptors, was recognized as a foremost artist at a very early stage of his career.

This catalogue invites readers to dip into the dialogue he exchanged with Rodin, who inspired him in his youth, and includes illustrations seldom ever published.

Ivan Meštrović (Vrpolje, Croatia, 1883 – South Bend, United States, 1962) studied at the Academy of Fine Arts, Vienna, from 1901 to 1906. He took part in the exhibitions of the Vienna Secession movement, of which he became a member in 1906. The handling of expression and movement in his youthful works, with symbolist themes and impressionistic modelling, attested to Rodin’s decisive influence.

He settled in Paris in 1908 and frequented the capital’s artistic circles, in particular visiting Rodin who had noticed his works at the Salon d’Automne. His sculpture then evolved into stylized heroic monumentalism, which reflected his political engagement in this period.

Following the outbreak of the First World War and his exposure to non-figurative, avant-garde art, he turned towards mystical and religious subjects and gradually developed a more personal style. In 1914, he produced Auguste Rodin – The Artist at Work.

Meštrović moved back in 1922 to his native land where he made several monuments and also devoted himself to architecture, teaching and writing. His works were shown in numerous exhibitions in the United States and Europe, notably in Paris in 1933.

In 1942, during the Second World War, he was forced to flee his home in Croatia. In 1947, he left for the United States, where he spent the rest of his life. He nevertheless remained attached to his native country, to which donated his body of work in 1952, ten years before his death in 1962.