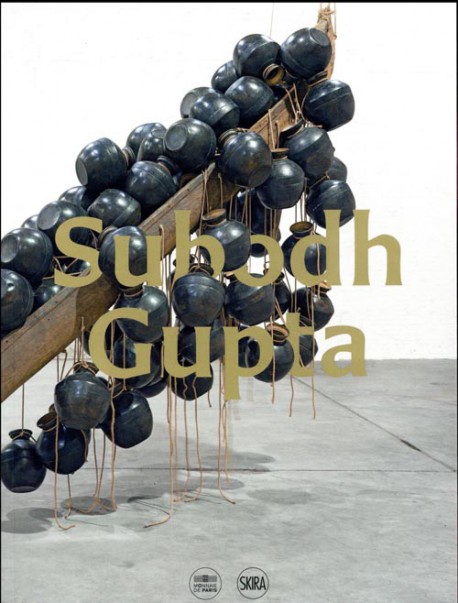 Gupta (b. 1964) lives and works in Delhi and had trained as a painter before going on to work with a variety of media including painting, performance, video, photography, sculpture, and installation.

5 item in stock items in stock

Subodh Gupta sees the exhibition as a place for meetings, rendezvous that would trigger discussions, exchanges and debates just like the indhi concept «Adda».

Showcasing the diversity of Subodh Gupta’s practice, the exhibition features iconic sculptures using stainless steels pots and pans, such as Very Hungry God (2006), for which Gupta is best known and cast found objects, such as Two Cows (2003), alongside very new works, like Unknown Treasure (2017) and the video titled Seven Billion Light Years (2016). While varied in material, the body of work is defined by the artist’s continuous exploration of ritual and spirituality in veryday life.

As the kitchen is the centre of every Indian household, Gupta’s practice too is grounded in the quotidian pantry and it is from here that he reflects on not only personal and communal practices, but also on how often intimate and seemingly  insignificant objects and experiences can offer a glimpse into the cosmos at large.