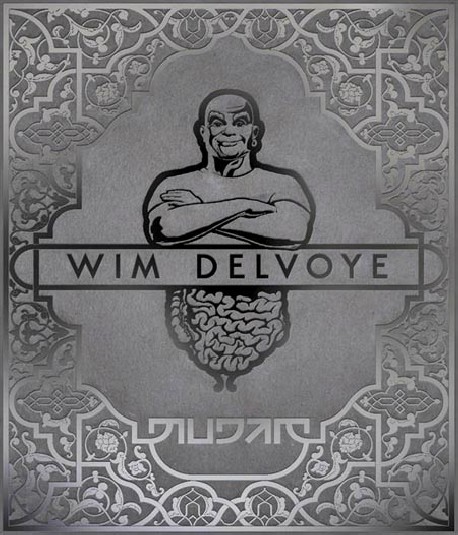 Since the beginning of his career in the late 1980s, Wim Delvoye has sought to shift the boundaries that traditionally separate popular culture and art, decorative arts and the “fine arts”, the old and the contemporary, the noble and the unclean.

On the occasion of its 10th anniversary, Mudam Luxembourg invites the Belgian artist, who marked the opening of the museum with the creation of his Chapel, to occupy its spaces. Spread over two floors, the exhibition will present a wide panorama of his twenty-five years of artistic production, reflecting the formal variety as well as the conceptual coherence of his work.

Undermining the retrospective format, Delvoye invites us to stroll through his singular work via four spaces with contrasting universes. On the ground floor, the first gallery brings together several key works from his early career directly inspired by the decorative arts of his native Flanders, concentrating on domestic and urban spaces, while the second gallery is oriented around the concept of “origins”: the prosaic ones, common to every human being, but also those of art and his own practice. Upstairs, the third gallery addresses the issue of ornament and the appropriation of forms borrowed from art history, while the last space, conceived as a landscape, hosts “monuments” erected in homage to everyday life, including his recent large Gothic-inspired sculptures.

Wim Delvoye was born in 1965 in Wervik, Belgium. He lives and works in Ghent.

The exhibition is accompanied by a catalogue bringing together a large number of images, new essays by Sofia Eliza Bouratsis and Tristan Trémeau, along with the text “Vitraux in vitro et in vivo” written by Michel Onfray in 2006, on the occasion of the creation of Chapel.