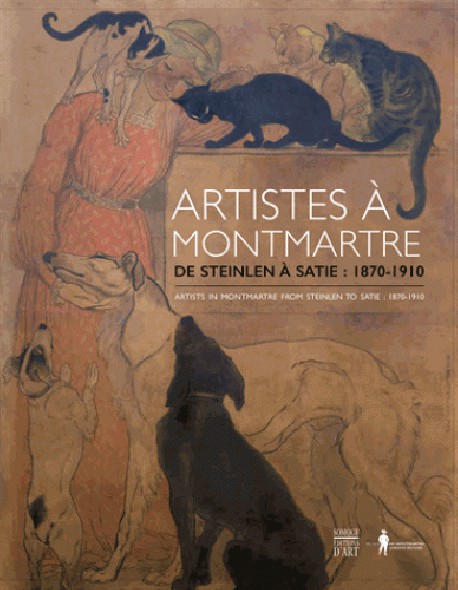 The exhibition accompanies the new presentation of the permanent collections of the Museum of Montmartre. This exhibition showcases the work of over 20 artists who lived and developed/innovated their art in Montmartre at the end of the 19th century.

Arranged chronologically, this exhibition highlights the transformation of Montmartre into a major artistic centre. Artists began to frequent the Montmartre hill from 1870, attracted by its vivid light, country charm and inexpensive lodgings but also the animation of its artistic cabarets.

They came from all over the world to settle here, as did numerous musicians and poets, emulating Erik Satie, the composer.

The famous cabaret dancers of the early 20th century are also a key theme that promotes Montmartre as an international centre of art at the turn of the century.

Across more than 160 works, this exhibition showcases the progression of Montmartre’s most well-loved figures towards the artistic avant-garde of the 20th century, notably the Bateau-Lavoir and “Picasso’s band” that remain its revered icons.