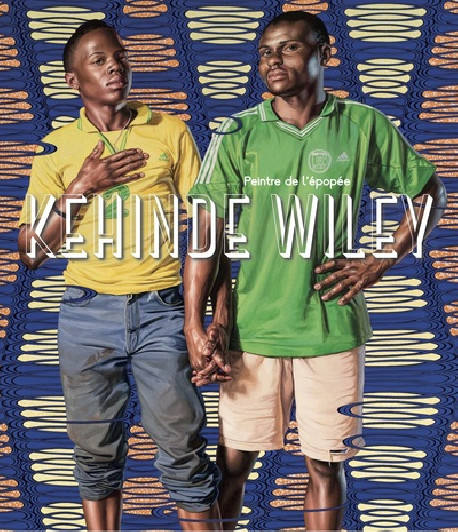 Kehinde Wiley takes a critical look at the history of art by reinterpreting traditional representations of power.

Born in Los Angeles to a Yoruba father from Nigeria - absent from his youth and whom he would not find in Africa until adulthood - and an African-American mother, Kehinde Wiley holds a Bachelor of Fine Arts from the San Francisco Art Institute (1999) and a Master of Fine Arts from Yale University (2001); he lives and works in Brooklyn, New York. His style is characterized by the desire to put the black man back at the heart of history.

Thus, like a DJ who remixes and samples the great classics of music, Kehinde Wiley takes up great classics from the history of art which he recomposes with African-American characters imbued with hip-hop culture.

Sensitive from his beginnings to the stakes of power and their transposition to the canons of art, he protested against the consequences of "the absence of the black body in the paintings" of museum collections and the demotion of blacks in the functions of slave or servant.

He then embarked on the representation of young African-American men - first from the Brooklyn and Harlem districts - by representing them in rewarding postures. Invited to the White House by Barack Obama in 2016, he produced his portrait, he who had preferred until then to represent anonymous and modest people. The portrait of the former President of the United States, President Barack Obama, is exhibited at the National Portrait Gallery in Washington, that of Michelle Obama being entrusted to Amy Sherald. In 2019, his Tahiti exhibition opens to the representation of women and transgender people.