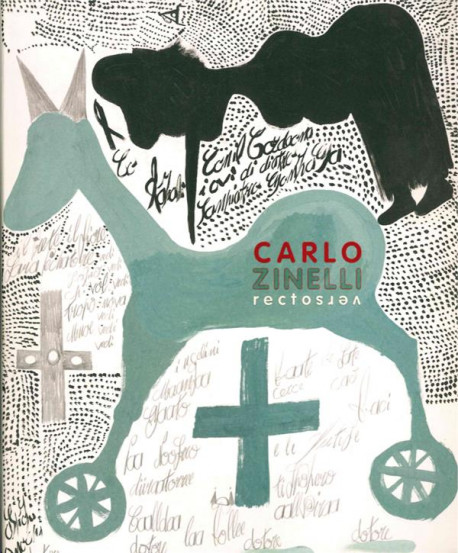 This show features all of Carlo's works belonging to the Collection de l'Art Brut holdings, and covers the entire time span — from 1957 to 1972 — of his creative output. It features both sides of his numerous front-and-back pieces, almost all of which are on an equal par in quality and intensity. Above and beyond this major trove of works, the show also entails sculpture pieces and documents supplied by this creator's family.

Carlo's graphic language is unique and instantly recognizable, distinguished as it is by both the repetition of certain motifs and numerous changes of viewpoint and scale. Right from the start, Carlo added writings to his gouaches; between 1966 and 1969, writing even became central to his compositions. Year after year his works came to feature ever more confident strokes and more assertive spatial initiative.

The exhibition catalogue presents several monographic articles signed by specialists in various fields. As such, it brings to light various to-date little handled aspects of this particularly rich and diverse body of works. For example, it sheds light on the writings that Carlo mixed in with his compositions.