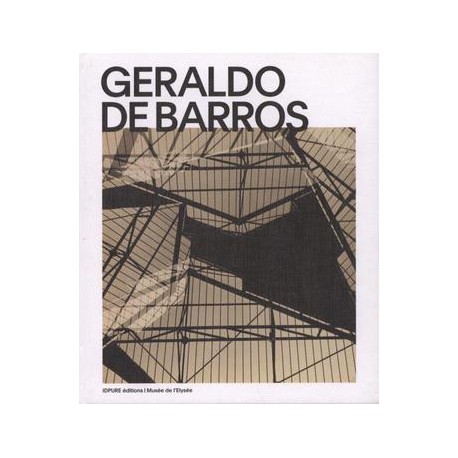 The late Brazilian artist Geraldo de Barros is regarded as a pioneer of Modernist photography and an inspirational figure for a new generation of contemporary Brazilian practitioners.

3 item in stock items in stock

From Abstraction to the Essence of Form Geraldo de Barros, a talented young twenty-three year old Brazilian painter, discovered photography in 1946 as he was studying arts.

He was astonishingly quick to grasp the great formal and experimental wealth of the medium, which he immediately related to his knowledge of modern art acquired during his studies, and later at the public library of São Paulo.

Numerous debates and discussions with European intellectuals exiled in Brazil during and after World War II enabled him to link issues of international art with his personal tastes and experience, and the culture of his own country - that of modern postwar Brazil.

What Remains focuses on de Barros’ Sobras (1996-98), which was made towards the end of his life with a selection of photographs from his celebrated Fotoformas series (1946-51).

Sobras was completed when the photographer was confined to a wheelchair and restricted in speech due to suffering several strokes. De Barros decided to revisit his old archive of images taken on holiday and from old family albums. With the help of an assistant he went on to draw, cut and paste his negatives and arrange them into collages on glass plates.

The result is a transformation of ordinary moments in his life into geometrical structures and abstract figurations. It also reveals how he has suffered from memory loss during his lifetime which has been depicted through black voids and crude cut-outs of intimate family pictures.

His series of Fotoformas images marked an important transition in the Brazilian cultural scene at the time. He experimented with multiple exposures, hand-made filters, juxtaposition of shadows and light, scratching, drawing and painting on negatives to create an array of abstract photos.