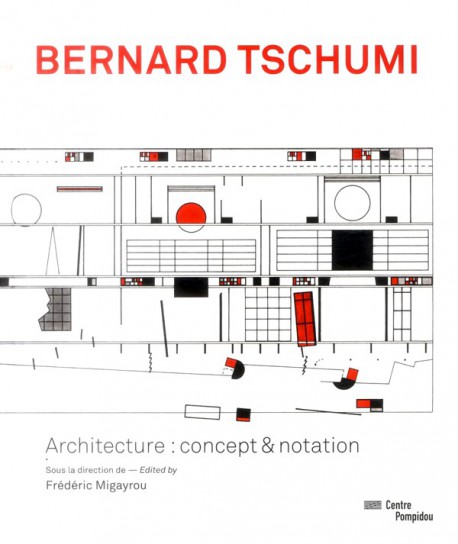 Published on the occasion of the retrospective exhibition of the work of Bernard Tschumi at the Centre Pompidou, this catalogue retraces key moments in the architect's practice.

Abundantly illustrated, it argues two fundamental points at the center of Tschumi's practice. First, architecture must be made out of ideas and concepts before becoming form. Second, it cannot be dissociated from the events and movement of the bodies that inhabit it. In consequence, architecture demands new modes of notation to construct an architectural language capable of embodying the interactions between space, event, and movement.

Covering major projects extending from the early Manhattan Transcripts, situated at the borders of art, literature, and cinema, to the Acropolis Museum (Athens) and the Vacheron Constantin Headquarters (Geneva) and including the Parc de la Villette and the architecture of the new Paris Zoological Park, this volume, with its often personal tone, inquires into what architecture can be today.

Texts by Frédéric Migayrou, Aurélien Lemonier, and Tschumi round out an exceptional volume addressed to the public as well as a specialized art and architecture readership.