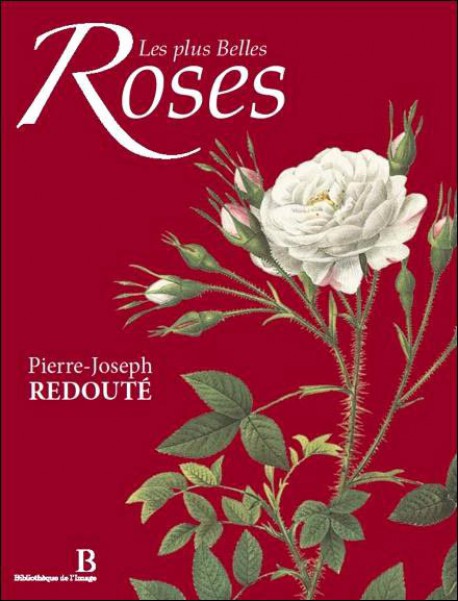 For the lover of roses, any illustrated book by Pierre-Joseph Redoute  (1759-1840) is a treasure to admire for years. 44 illustrations in full page of Redoute's most beautifull roses.

Pierre-Joseph Redouté (10 July 1759 in Saint-Hubert, Belgium – 19 June 1840 in Paris), was a Belgian painter and botanist, known for his watercolours of roses, lilies and other flowers at Malmaison.

He was an official court artist of Queen Marie Antoinette, and he continued painting through the French Revolution and Reign of Terror. Redouté survived the turbulent political upheaval to gain international recognition for his precise renderings of plants, which remain as fresh in the early 21st century as when first painted.

In 1798, Empress Joséphine de Beauharnais, the first wife of Napoleon Bonaparte, became his patron and, some years later, he was her official artist. In 1809, Redouté taught painting to Empress Marie-Louise of Austria.