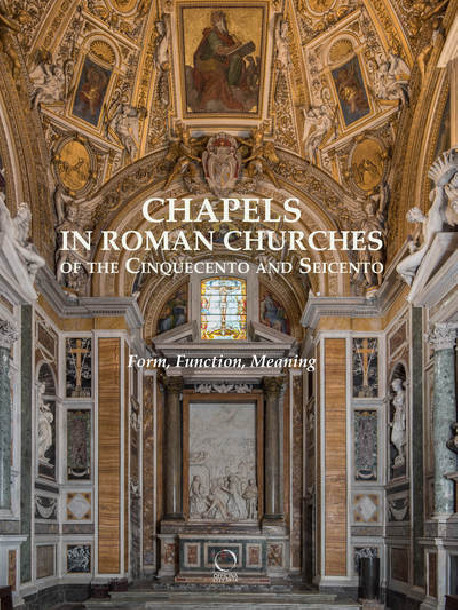 Chapels of the Cinquecento and Seicento in the Churches of Rome

Roman church interiors throughout the Early Modern age were endowed with rich historical and visual significance.

During the sixteenth and seventeenth centuries, in anticipation of and following the Council of Trent, and in response to the expansion of the Roman Curia, the chapel became a singular arena in which wealthy and powerful Roman families, as well as middle-class citizens, had the opportunity to demonstrate their status and role in Roman society.

In most cases the chapels were conceived not as isolated spaces, but as part of a more complex system, which involved the nave and the other chapels within the church, in a dialogue among the arts and the patrons of those other spaces.

This volume explores this historical and artistic phenomenon through a number of examples involving the patronage of prominent Roman families such as the Chigis, Spadas, Caetanis, Cybos and important artists and architects such as Federico Zuccari, Giacomo della Porta, Carlo Maderno, Alessandro Algardi, Pietro da Cortona, Carlo Maratta.