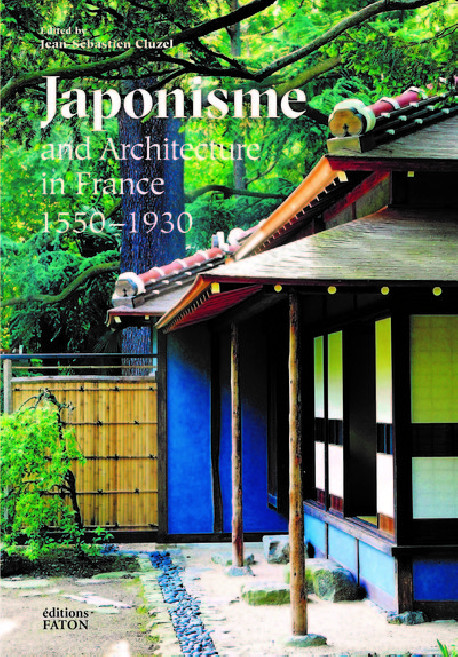 Is Japonisme also a history of architecture ? In this book, the authors trace the evolution of taste for Japanese architecture in the West.

Born long before what nineteenth-century art critics called Japonisme, this taste can be detected in a wealth of objects: Screens, porcelain, lacquer-work, woodcuts, photographs, interior decoration, or garden pavilions...

With more than 400 illustrations in colour, this handsome book presents noteworthy historical and archaeological studies of the best-known buildings from the heyday of Japonisme: the pavilions at the Paris Universal Expositions between 1867 and 1900; the first Japanese living space fitted out in France (1886); The Salle de fêtes on the rue de Babylone (1896), today known as La Pagode cinema;
The follies in Albert Kahn's Japanese garden (1897) (cover image); and the Salle des cigognes, a decorated interior saved by Émile Guimet in 1911.

This survey lays bare the workings of a crossbreeding in artistic output between Japan and France and shows how essential they are to an understanding of those Japanese spaces held in such high regard by Westerners.

Leafing through the book, the reader is left in no doubt that one stately expression of Japonisme is to be found in architecture.