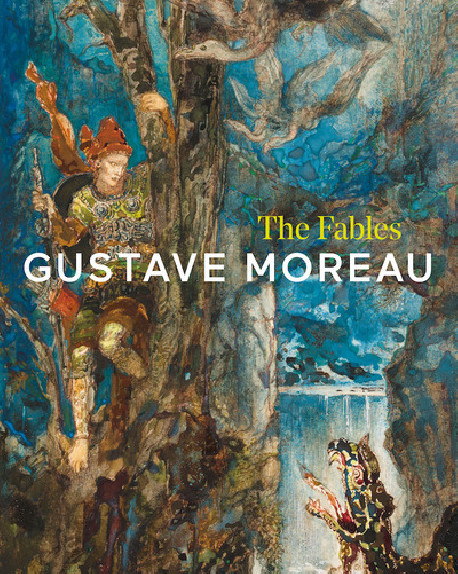 Gustave Moreau (1826-1898) is one of the most brilliant and enigmatic artists associated with the French Symbolist movement. This book accompanies an exhibition of some of the most extraordinary works he ever made, unseen in public for over a century.

Moreau's watercolours of the Fables of Jean de La Fontaine (1621-1695) were created between 1879 and 1885 for the art collector Antony Roux and their stylistic range encompasses historicism and the picturesque, orientalist fantasies and near-abstract chromatic experiments.

They were exhibited to great acclaim in Paris in the 1880s and in London in 1886, where critics compared the artist to Edward Burne-Jones. One critic commented on Moreau's ' keen apprehension of the weird. ' There were originally 64 works in the series, which was subsequently acquired by Miriam Alexandrine de Rothschild (1884-1965), but nearly half were lost during the Nazi era. The surviving works have not been exhibited since 1906 and they have only ever been published in black and white.

This book is the first to reproduce them in colour - many shown actual size. Created at the height of the French 19th-century revival of watercolour, the variety of subject matter and technique, their colouristic effects and the sophistication of Moreau's storytelling, will be a revelation to readers. Preparatory drawings for the Fables, including animal studies made from life in the Jardin des Plantes demonstrate the wide-ranging research that informed Moreau's visions.

Prints after Moreau's Fables by Félix Bracquemond (1833-1914) translate the jewel-like colours into monochrome in some of the most innovative etchings of the age, while the most delicate effects of the watercolours were also transformed into vitreous enamels. In-depth accounts of each watercolour, explaining the story and exploring Moreau's response to it. The introduction will place the series in the long history of illustrations of La Fontaine's canonical work, whose sources include Aesop's fables and traditional European and Asian tales, as well as considering Moreau in the context of his own, turbulent, times.