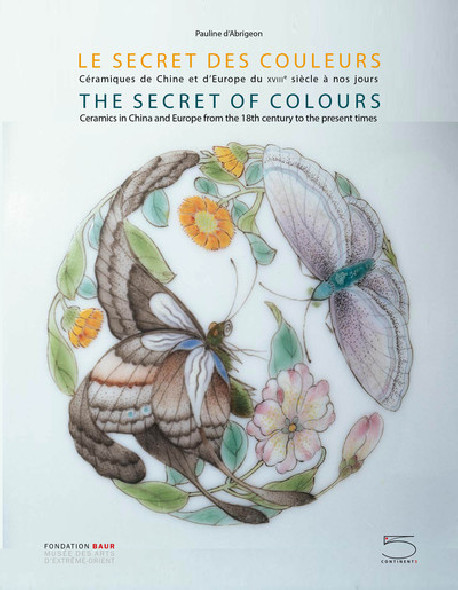 This exhibition tells the often turbulent story of the quest for colour on porcelain in China and France.

Exhibition Catalogue The Secrets of Colours - Ceramics in China and Europe from the 18th century to the present times, presented at The Foundation Baur, Geneva, Sitzerland (Sept. 14 2022 - Feb. 12, 2023).

The catalogue presents two crucial moments in the history of porcelain driven by the desire to extend the range of enamels. They occurred at the turn of the 18th century in China and during the 19th century in France, two periods during which the interactions between Europe and China, whether cultural or belligerent, were particularly intense.

Part one investigates the development of opaque glazes for use on porcelain and copper during the 18th century in work from three collections: Alfred Baur’s vast collection of imperial ceramics; the Canton glazes of the Zubov Foundation; and export porcelain from the Ariana Museum in Geneva.

The second part begins in France, in the 19th century, at the Sèvres factory, tracing the various journeys to China to bring back samples of color, analyze them chemically, and tirelessly attempt to reproduce them.

The catalog ends in the present, with the experiments conducted by the American-born artist Fance Franck (1927–2008) on “sacrificial red” and the work on color carried out by the Austrian ceramist Thomas Bohle. Text in English and French.