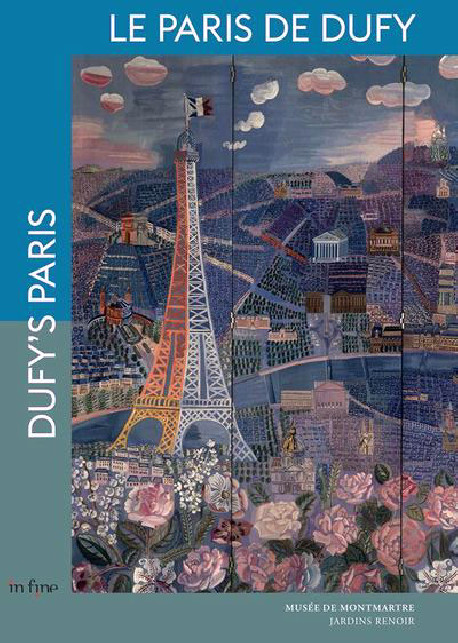 Like most of the modern artists in the first half of the twentieth century who settled in the capital, Raoul Dufy was not a ‘Parisian of Paris’ by birth. A native of Le Havre, he left Normandy at the age of twenty-three. His creative explorations soon led him to Montmartre where he set up his studio.

4 item in stock items in stock

From the heights of the Butte he discovered the panoramic views of Paris, and in an initial painting in 1902 he depicted the undulating outlines of the roofs and chimneys, broken up by the silhouettes of the major buildings and famous monuments that mark and characterise this urban landscape.

From real or imagined elevated vantage points and until the end of his life, Dufy represented infinite variations of 1930s Paris seen from above on every type of support, for different purposes, and in every format.