| Decorative Arts & Design | Designers and Creators of the 80s-90s 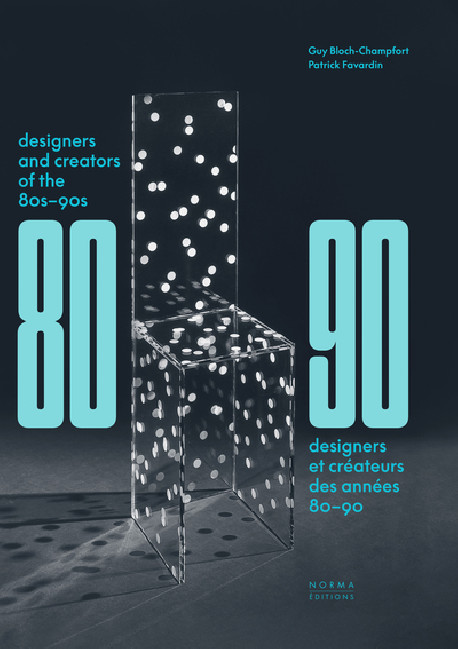 Designers and Creators of the 80s-90s

This book plunges us into the world of ’80s and ’90s. These have witnessed unprecedented experiments in the world of design and architecture.

A rich introduction to interior design in the 1980s and '90s. Published to accompany 80s Fashion, Design, & Graphic Design in France, an exhibition at the Musée des Arts décoratifs in Paris (2022-2023).

Composed of a rich introduction which gives a synoptic vision and 38 monographs that describe its many faces, this book makes an exceptionally creative period, and reveals through an abundant iconography, often unpublished, its formidable aesthetic richness. A new generation of designers stands out, among them Shiro Kuramata, Philippe Starck, Ron Arad, Bob Wilson, Elizabeth Garouste and Mattia Bonetti. All regenerate creation by refusing the elitism of their predecessors and by favoring the use of new materials. Some turn to recovery, such as the Creative Salvage group, and offer inventive and provocative furniture thanks to welding and assembly. Others, gathered in Italy around Ettore Sottsass and Memphis, combine unexpected colors and patterns to the playful use of plastic laminate.

Sliding until the end of the ’90s, the achievements presented in this book mark the desire for a dialog between artistic references with a new relationship to the industrial aspect, at the dawn of the 21st century and its technological innovations.

Text in English and French.