| Exhibition catalogue | Beyond Colour - Black and White in the Pinault Collection 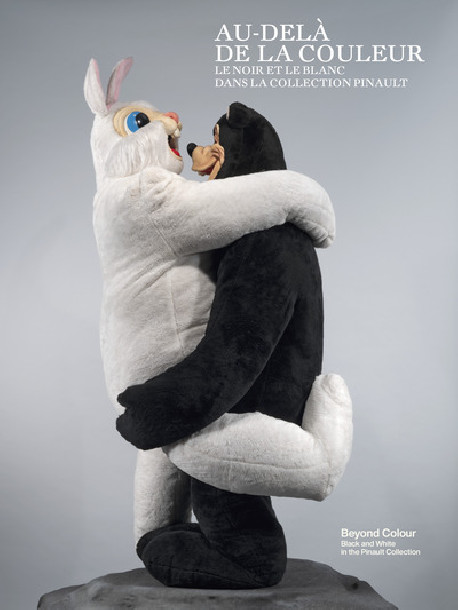 Beyond Colour - Black and White in the Pinault Collection

The use of Black and White by modern and contemporary artists has often been associated with radical experiments and a desire to express the radical nature of things”.

In total, 108 works will be presented, many of the chosen works have never been shown to the public. They explore a number of practices in art: painting, sculpting, sketching, photography, video and even fashion, with iconic Balenciaga dresses in particular.

Among the many works on show, there are some that stand out in particular: Bourgeois Bust – Jeff and Ilona by Jeff Koons, a self-portrait of the artist and his muse, La Cicciolina, made from marble and Coup de tête by Adel Abdessemed, a huge bronze work of 2.27 metres tall that represents the famous incident where Zidane headbutted Materazzi. There are many other works that address the topic of black and white from another angle, created by major names in photography, in particular: Annie Leibovitz, Irving Penn, Man Ray, Raymond Depardon, Dorothea Lange, Henri Cartier-Bresson and Richard Avedon, to name a few.The works also reveal more about the contemporary art collector François Pinault. “For decades, (…) he continued to direct his choices, preferences and acquisitions towards works that sometimes demonstrate artists’ commitment to the major issues currently affecting the world – which was revealed in the Debout ! exhibition – and sometimes show the passion of creators for the most radical and minimalist artistic experiments, those that remove the story of the subject from the work and the easy option of colour. It is without a doubt these latter aspects that reveal the collector’s most private taste,” believes Jean-Jacques Aillagon.