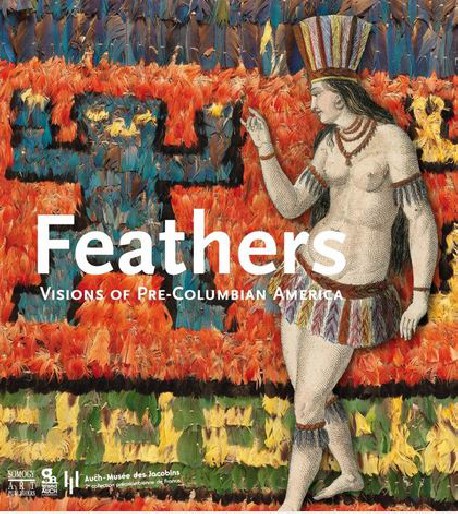 Through its symbolic and religious dimensions, the feather played a major role in pre-Columbian societies.

Associated with the gods and with the founding myths, reserved for the use of caciques and warriors, the feather took on a sacred quality whose importance the first evangelists understood, diverting it to the benefit of the Christian message.

For this reason, right from the beginning of the conquest, the art of the amantecas – Aztec master featherworkers – would find a new form of expression through original and mixed-culture works that would meet with huge success in the West.

Among all the treasures brought back from Mexico, works done with feathers were certainly the objects the most appreciated in Europe. Their iridescent colours and meticulous craftsmanship rapidly brought about the success of the most famous cabinets of curiosities.

Thus, little by little, the feather would impose itself in the Western collective imagination as one of the emblems of the New World. From the fifteenth century on, artists took possession of the feather and contributed to the dissemination of the stereotyped image of the Indian bedecked in feathers, which would remain one of the symbols of the Americas.